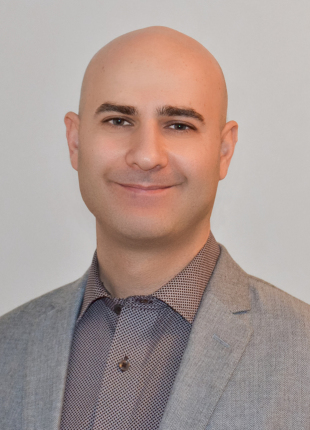 Erdem has been practising physiotherapy since graduating from McGill University in 2000 with a Bachelor of Science in Physical Therapy. Subsequently, he completed advanced post-graduate training and doctoral studies in orthopaedic physiotherapy. Erdem holds a Doctor of Science degree in Physical Therapy from Andrews University (Berrien Springs, Michigan) and the Diploma of Advanced Orthopaedic Manual and Manipulative Physiotherapy from the Canadian Physiotherapy Association. He is a Fellow of the Canadian Academy of Manipulative Physiotherapy.

Erdem's clinical focus is on the treatment of pain and movement problems arising from injury, muscle imbalance, and disorders of joint, soft tissue and nerve mobility. Additionally, he has experience and research interests in the use of dry needling for the treatment of muscle pain and dysfunction. Erdem is certified in the Gunn Intramuscular Stimulation (IMS) technique (www.ubcgunnims.com) and the Gokavi Transverse Technique (www.gokaviacupuncture.com). He also incorporates medical acupuncture into his treatment approach when appropriate. Erdem is well versed in treating individuals with a wide array of orthopaedic and musculoskeletal conditions. He especially enjoys helping active individuals, ranging from recreational to elite athletes, return to their sport or improve their performance following injury. A significant portion of Erdem's practice also involves the physiotherapy management of jaw and facial pain related to temporomandibular joint (TMJ) disorders.

With a passion for teaching, Erdem is a senior instructor in the Canadian Physiotherapy Association's post-graduate orthopaedic  education system, and serves as a clinical mentor for physiotherapists enrolled in this same program and related examination process. He is also an instructor of the popular Integrated Dry Needling certification course for physiotherapists. 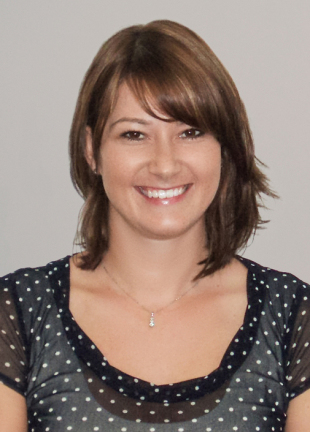 Upon completion of a Bachelor of Kinesiology with Honours at McMaster University, Tammy pursued a career as a kinesiologist working in a private physiotherapy clinic. She later returned to McMaster University, completing a Master of Science in Physiotherapy in 2007 and subsequently pursued advanced post-graduate studies, receiving a Master of Clinical Science in Manipulative Therapy from the University of Western Ontario in 2010. She is a Fellow of the Canadian Academy of Manipulative Physiotherapy and a clinical mentor for the Canadian Physiotherapy Association's post-graduate musculoskeletal education program. Tammy also has certification in Integrated Dry Needling for the treatment of muscle related pain.

Tammy has been practicing in the private clinic setting as a physiotherapist since graduating in 2007 and has worked with patients with many types of physical conditions and injuries. Tammy enjoys taking post-graduate courses to expand her knowledge and skills with a special focus on medical acupuncture/dry needling and orthopaedic physiotherapy.

Greg graduated from McMaster University in 2001 with a Bachelor of Health Sciences in Physiotherapy. Prior to his physiotherapy studies, he also received a Bachelor of Science with a major in Athletic Training from Mercyhurst College (Erie, Pennsylvania) in 1997 and qualified as a certified athletic trainer (ATC) in the same year. Greg has completed a wide range of post-graduate training in orthopaedic and sports physiotherapy including custom orthotics, custom bracing and taping. He was awarded the Canadian Physiotherapy Association's post-graduate Diploma of Manual and Manipulative Physiotherapy and is a Fellow of the Canadian Academy of Manipulative Physiotherapy.

Greg served as head athletic trainer for Health South Rehabilitation Hospital from 1997 to 1999 and since 2001 has been in private physiotherapy practice in York Region. Having played hockey himself at the NCAA level, Greg stays involved in the sport by coaching AAA hockey for the South Central Coyotes. He loves spending time with his family and in his spare time enjoys playing golf, hockey and baseball. 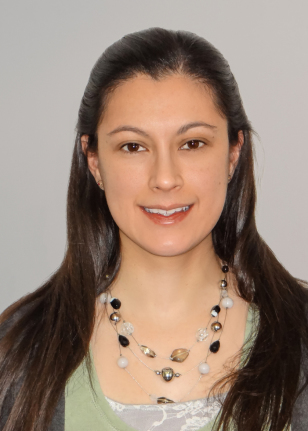 Rakefet received her Honours Bachelor of Kinesiology in 2006 from McMaster University and her Master of Science in Physical Therapy from the University of Alberta in 2009. At the post-graduate level, she has attained Level 3 certification in orthopaedic manual and manipulative physiotherapy from the Canadian Physiotherapy Association, and is trained in medical acupuncture through Acupuncture Canada. Rakefet has a special interest in physiotherapy treatment of concussions as well as vestibular rehabilitation, involving treatment for vertigo, dizziness, and balance problems.

Prior to joining our team, Rakefet spent close to three years as a staff physiotherapist at McMaster University’s David Braley Sport Medicine and Rehabilitation Centre where she cared for elite provincial and national level athletes as well as McMaster’s varsity athletes across a broad spectrum of sports. Rakefet uses her extensive training in ballet (Royal Academy of Dance) to complement her knowledge of therapeutic exercise.

Alex graduated from the University of Toronto where he completed his Master of Science degree in Physical Therapy following his Honours Bachelor of Science degree. Having received his Diploma of Advanced Orthopaedic Manual and Manipulative Physiotherapy from the Canadian Physiotherapy Assoication, Alex is a Fellow of the Canadian Academy of Manipulative Physiotherapy. Through his education and clinical experience, he has a strong foundation in human anatomy, neurophysiology, biomechanics, functional and sport-specific rehabilitation, which he integrates into his daily practice. He strongly believes that a thorough assessment and an individualized treatment program including a balance of manual therapy, exercise prescription, acupuncture, health promotion and injury prevention, will help achieve shared goals of care with his patients.

With interest in advancing his practice, Alex has also completed training in Contemporary Medical Acupuncture, Integrated Dry Needling, Soft Tissue Release, Instrument Assisted Soft Tissue Mobilization, Sport Taping as well as certifying in running injuries with the Running Clinic. He continues to puruse additional training to further progress his neuromusculoskeletal treatment skills to help optimize the function, performance and well-being of his patients. 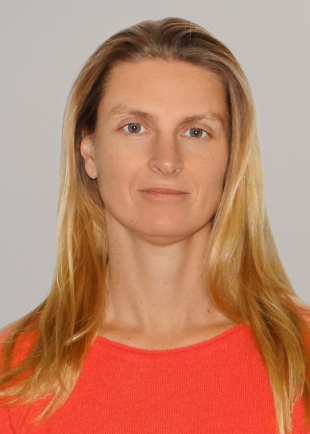 Since graduating from the University of Western Ontario in 1997 with a bachelor’s degree in physiotherapy, Michelle’s practice has been focused on orthopaedics. Michelle has worked in a variety of settings over her career, including hospital and private clinics across Southern Ontario and the Greater Toronto Area.

Michelle enjoys spending time with her family and supporting her two kids in their competitive soccer and hockey in Richmond Hill. In her spare time Michelle is an active volunteer at her children’s school and a volunteer manager for the Richmond Hill Raiders Soccer Club.

Leivin graduated from Queen’s University with a Master of Science degree in Physical Therapy. Prior to this, he received a Bachelor of Science (Honours) degree in Kinesiology and Health Science from York University.

An elite athlete, Leivin represented Team Canada in karate at various international competitions such as the Toronto 2015 Pan Am Games, North American Cup and World Championships. Among his many achievements, he captured a gold medal to become champion at the 2006 Junior Pan American Karate Championships in Curacao, Netherlands Antilles. Leivin is currently a medical committee member of Karate Canada and is an NCCP Competition Development certified coach.

Leivin applies his knowledge of manual therapy, neurofunctional acupuncture, active exercise, pain science and current research with his experiences as an athlete and coach to provide evidence-informed rehabilitation tailored to every individual’s goals. At the post-graduate level, Leivin has completed various courses including his certification in Contemporary Medical Acupuncture at McMaster University. He continues to pursue further credentialing in manual and manipulative physiotherapy through the Canadian Physiotherapy Association’s Orthopaedic Division.

Leivin is also passionate about teaching and serves as a clinical instructor for physiotherapy students at Queen’s University. In his spare time, Leivin enjoys working out, running and playing floor hockey. 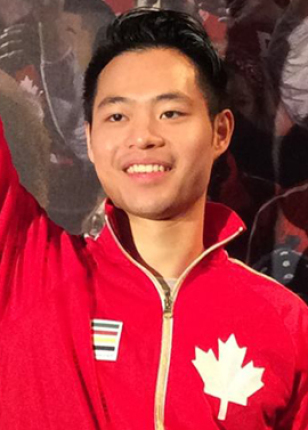 Leirick graduated with a Master of Science degree in Physical Therapy from Queen’s University. Prior to this, he obtained a Bachelor of Science (Honours) degree in Kinesiology from York University. Leirick uses a combination of manual therapy, soft tissue release, medical acupuncture and functional exercises in his practice. He successfully completed his Contemporary Medical Acupuncture Certificate at McMaster University and continues to pursue advanced manual physiotherapy education and further training in the McKenzie method.

Leirick has travelled worldwide throughout his competitive karate career. As an elite athlete, he represented the Canadian National Karate team starting in 2004. He won a gold medal at the 2007 Junior Pan-American Championships in Ecuador and in 2008 he received the grand champion award from Karate Canada which acknowledged him as the Canadian Senior Male Athlete of the Year. Leirick also represented Team Canada at the Toronto 2015 Pan Am Games.

Leirick is an NCCP Competition Development certified coach. As head coach of the Ontario karate team, he led his athletes in the National Championships from 2015 to 2016. As a physiotherapist, Leirick incorporates his athletic and coaching expertise into his clinical practice. 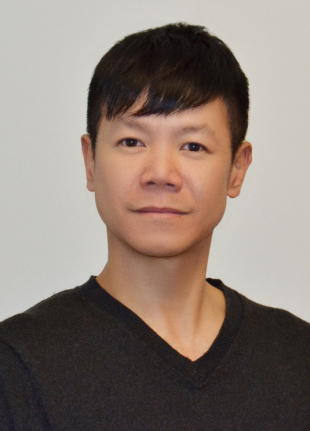 As a graduate of the Canadian College of Massage and Hydrotherapy, Philip became a registered massage therapist in 2009 and has worked in both clinical and private gym studio environments ever since. During his career he has worked with highly regarded practitioners and has treated some of the top athletes in Canada.

Prior to becoming a registered massage therapist, Philip was a professional dancer with The National Ballet of Canada for more than 14 years, increasing his awareness of how the body functions. He strongly believes in improving muscle and joint mobility as the foundation for optimal body movement. Philip is able to improve a client’s movement and posture through massage therapy treatments and exercise which can be an important step towards a full recovery from injury or pain.

Josee is a graduate of The Michener Instiute for Applied Health Sciences' program in Chiropody. She is highly experienced in biomechanical analysis and in the casting of custom foot orthotics for a wide spectrum of disorders. Josee is available for onsite consultations at our clinic regarding the assessment, prescription and provision of custom foot orthotics. 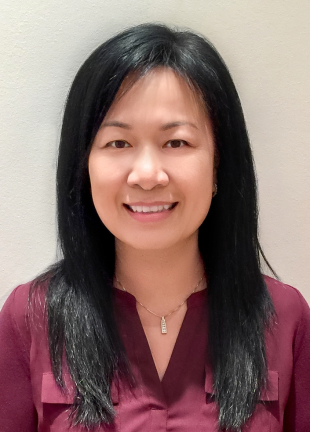 Maisie is our office manager and brings with her a wealth of organizational experience to the clinic. She is your first point of contact for booking appointments as well as your resource person for all matters related to billing and general inquiries along with our patient service representatives, Melody Burns and Rachel Barenthin. With their energetic and friendly personalities, our office staff are always here to help answer any questions you may have.